Click here to get a downloadable version of the program 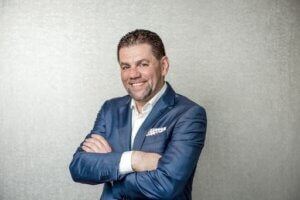 Hospitality Newfoundland and Labrador are excited to welcome Mohamad Fakih as our keynote speaker at our Annual Conference and Trade Show. Mohamad will address the conference on April 7, 2022, in the afternoon and discuss leadership, innovation, and a kinder capitalism.

Arriving in Canada, Mohamad Fakih had $1300 in his pocket. He bought a near-bankrupt restaurant and built it into one of North America’s fastest-growing Middle Eastern Halal food chains – Paramount Fine Foods. And all while becoming one of the country’s most respected philanthropists.

He’s also received the Ernst and Young Entrepreneur of the Year Award for Food & Beverage in 2014 followed by the 2016 Business Person of the Year Award by the Toronto Board of Trade, the 2017 Leadership Award by Restaurants Canada, and the 2017 Top 25 Immigrants Award by Royal Bank Canada (RBC).

Mohamad inspires audiences to implement strategies that result in successful teams and businesses while ultimately giving back to the community in effective and sustainable ways, and sharing your success with others in order to create lasting change. 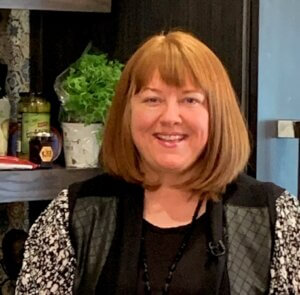 Born and raised in Torbay, Brenda O’Reilly boasts over 30 years of experience in the Hospitality and Food-Service industry, most of them as an owner/operator. Her range of business experience includes catering, fast food, full-service restaurants, hotel food and beverage, fine dining, micro-breweries, casual dining, and pubs.

Ms. O’Reilly presently co-owns and operates four food and beverage establishments in St. John’s: O’Reilly’s Irish Newfoundland Pub, Mussels on the Corner, Yellowbelly Brewery & Public House, and YellowBelly at the St. John’s International Airport. She is currently the Chair of Hospitality Newfoundland and Labrador’s Board of Directors.

Ms. O’Reilly has also served on various boards and committees, including: a 19-year term with the Restaurant Canada Board and is also an Honourary Director, St. John’s Board of Trade, National Restaurant Board for the United States, the Federal Committee with the Status of Women and an advisory committee with the Newfoundland Labrador Liquor Corporation. She was also instrumental in starting the George Street Bar Owners Association and served as a member of the Executive Committee for most of the last 18 years. 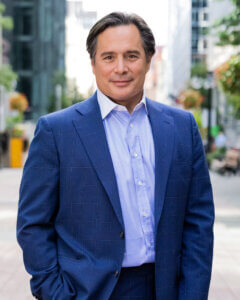 Mr. Henry began his career in 1995 with teaching positions and has become well known for his strategic administrative and negotiations skills. Since 1998 Mr. Henry has led numerous provincial, federal and industry negotiations on a variety of issues. He has been personally responsible for financial administration of several Indigenous non-profits and has a proven track record of success.

Mr. Henry was recognized as one of Canada’s 150 Ambassadors in 2017 to celebrate Canada’s 150th anniversary. Mr. Henry was awarded an Honorary Doctor of Laws, honoris causa from the University of Guelph in 2020.

Mr. Henry dedicated time in the Indigenous community and is the elected President of the BC Metis Federation since 2011. 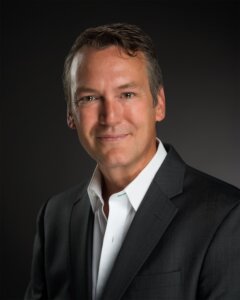 Marc has more than 30 years’ experience in public policy and advocacy, including more than 15 years working for a member-driven, national industry association.  He joined TIAC in September 2021.

Before TIAC Marc held the position of Senior Vice President, Policy, at the Canadian Media Producers Association where he worked with a broad spectrum of teams and stakeholders across Canada in the assessment, development and advocacy of strategy policy initiatives, and led the organization’s government relations activities. During his tenure, Marc successfully led several major policy development and advocacy initiatives related to the Canadian feature film and broadcasting sectors.

Before joining the CMPA, Marc held several increasingly senior positions within the federal departments of Communications Canada and Canadian Heritage where he led or significantly contributed to several national policy initiatives.

Marc is a graduate of Concordia University in Montreal, holding a Bachelor of Arts with a Specialization in Communication Studies.

He lives in Ottawa, and is an avid runner, cyclist, tennis player, photographer, and musician. 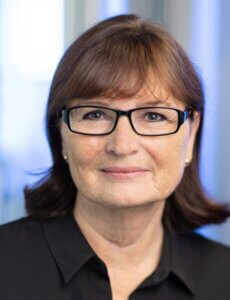 Marsha’s career spans leadership roles in strategy and organizational renewal, marketing and communications, corporate social responsibility, operations management, and business innovation. She has worked with enterprises in many of Canada’s flagship industries and found her true calling in tourism.

Marsha joined Destination Canada as President and CEO in August 2020 in the throes of the COVID-19 pandemic. She is proud to lead a team of passionate professionals who share a common purpose of inspiring those with glowing hearts to fall in love with Canada – enriching the lives of visitors and enhancing the quality of life of Canadians. Previously, Marsha led the team at Destination British Columbia, initiating ground-breaking strategies for tourism development and data-driven performance marketing.

A resident of North Vancouver, Marsha holds a bachelor of Commerce from the University of British Columbia and is an active volunteer with the YMCA of Greater Vancouver, BC Business Laureates, and The Presidents Group championing inclusive employment. Marsha’s glowing hearts Canadian moment was wildlife touring in Haida Gwaii and witnessing the prehistoric-looking spectacle of humpback whales bubble-net feeding nearby.  “Their power and intelligence was breathtaking and humbling.”

Operating in a highly competitive and rapidly changing environment, tourism businesses in Newfoundland and Labrador are continually seeking new paths of opportunity to develop and grow their business. As more and more destinations look to pursue the potential that tourism offers, the importance of leveraging tourism networks and collaborative development opportunities have never been greater.

Hospitality NL’s Conference will empower and enable tourism operators from all sectors and all regions to identify the best path forward to new levels of success by using the tools, trends, and knowledge shared from the conference to immediately and effectively enhance their business. The program will offer delegates an insight into how best to identify their strengths and weaknesses in order to maximize opportunities for business development and growth while maintaining their competitive edge.

What’s in it for you if you attend Hospitality NL’s Conference?

Every year, delegates leave Hospitality NL’s Conference with greater knowledge, new supports and an expanded business network. From first time delegates to those who have not missed a single conference, all agree it is an event you do not want to miss!

Who will be there?

Hospitality NL’s Conference is the largest gathering of tourism services, attractions and destinations in Newfoundland and Labrador each year. Generally there will be hundreds of delegates from all over the province representing:

What is the purpose of the Conference?

At our annual Conference, Hospitality NL wants to ensure that every tourism manager, owner, operator and leader in Newfoundland and Labrador’s tourism industry is equipped to achieve success in their organizations and destinations. We want to work towards new levels of collaboration and innovation that drive demand for tourism products and services across Newfoundland and Labrador. We know the incredible potential of tourism and we want to ensure we reach our potential as we continue our development as a premier destination. We want to celebrate the tourism industry and its diverse services, products and attractions that can only be found within our province and we invite you to join us.